Social is a wanton word which seems to get hooked with many other otherwise normal words, reducing them to mere clichés. Enterprise, I believe, has been its most famous victim.

What is an enterprise? Let me shrug dictionary definitions and think of the images that the word conjures up in my mind. I see a tea-stall by the road-side, with a rickety bench and a perpetually running heater sitting under an infinite supply of hot water, tea leaves and milk. The person who runs it might most probably be owning it as well. This enterprise sells a rejuvenating cuppa tea to a bunch of people who seem to cling on to the cheap cup for as long as they could.  The customers it serves. The owner probably returns home and does his bit for running his/ her family. He/ she would also interact with the neighborhood 'kirana' store for a supply of sugar, tea and milk. The vendors. Even the simplest form of enterprises are about an ecosystem, about inter-dependence, sustenance and growth. Maximizing shareholders' value. Delivering genuine or perceived needs of its customers. It is inherently social. 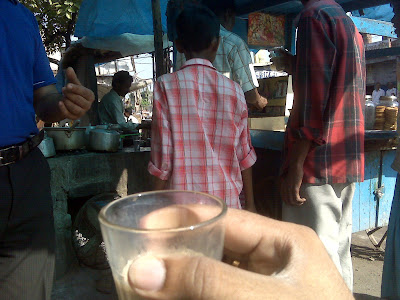 Another image that comes to my mind is the telecom enterprise. A vast array of professionals, equipment and software that run a myriad maze of departments, directly employing thousands, some sections run by other vendors- themselves large organizations, also armies of handset and equipment manufacturers... Their aim, making a person A take out a box from the pocket and communicate with a person B, or even the world at large. The customers it serves. What is unseen is the millions it indirectly empowers. The major operators in India today sell their talk-time through a network of around two million retail outlets. Massive ecosystems that have literally spawned economic activities that simply did not even exists in peoples' imagination even a decade ago! Amazing. Maximizing shareholders' value. Delivering genuine or perceived needs of its customers. Even this is inherently and massively social. 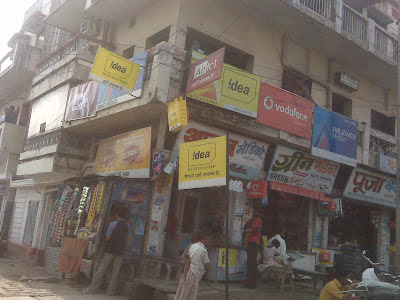 Now, imagine the words 'social work'. What image does this bring up? Do you see the telecom operator as a social worker? Or the tea-stall owner? Why not? Why does someone like Anna Hazaare sound more a 'social worker' than say, Sunil Bharti Mittal? One could argue, that this perception is because of a perception of 'selflessness' of the promoters/ protagonists or the size of the 'cause'. But isn't that a flawed metric and a flawed perception? While 'social' is about the network and the general good that results and about how many people the network affects and not about the first node that spawned it or the center node. Its about the branches and the fruits and rarely about what the seed has become or aspires for itself. Sure, if the seed just bloats itself up into a giant seed with no branches, no fruits, no nothing- that is a genuinely fraudulent, useless and a non-enterprise seed (and must be destroyed). But that seed is so against the basic nature of a seed! Seeds and entrepreneurs must literally give themselves up for the enterprise so much that they no longer resemble the tiny round seeds they were, their old identities die with the birth of their enterprises. Their growth and identity becomes synonymous with their enterprises. I don't see anything wrong with that, infact I think that is very right. That's the law of nature which must be more right than laws made by us.

So, my hypothesis is that the word social is redundant in-front of the word enterprise. It leads to connotations and perceptions that perhaps hide the greatest social workers among us and highlight just the loud, visually jarring ones. To denote enterprises that are genuinely in the act of general bad as opposed to general good, lets boldly call them 'anti-social enterprises' - because they are.


Now that brings a dilemma, would a mining company that delivers economic development for the country, generates profits and maximizes shareholder value while destroying the local ecology qualify as a (social) enterprise or as an anti-social one? Or, what about the enterprise that manufactures cigarettes ('nicotine delivery devices'- The Insider)? It employs a lot of people and empowers thousands of tobacco farmers while also becoming a cause for cancer for its customers. Is this a social enterprise? Or what about weapons manufacturers? Is the simple word 'enterprise' required for describing these middle-ground ventures with ambiguous leanings? Perhaps when these industries were formed, the benefits far outweighed the then understood ill-effects? Maybe. I am not sure. Maybe, telecom will become tomorrow's tobacco and folks will be blogging (if that would still be in fashion) about its ambiguous leanings then ;).


For now, for the sake of simplicity, let me suggest that if the ill-effects due to an enterprise are well known, documented and proven, we must simply acknowledge them as 'anti-social enterprises'. Enterprises must not result in threatening Life itself. Simply because 'life' is still something we have not been able to understand, leave alone the power to replace. It is THE most precious thing.

But till then, lets deprecate the term 'social enterprise' with just 'enterprise'. That sounds more natural and real. And if tomorrow reveals something new, we just need to be open enough to listen and learn (and maybe reclassify ;-).

Three cheers to the enterprises!
Posted by Anupam at 9:32 PM 2 comments: