I have been reading and thinking of how the mobile phones have changed our lifestyle. A typical morning starts thus: Office dress? Check. Car keys? Check and finally- Mobile Phone? Check... Reached the main gate; something seems amiss. Oops, forgot wallet! More intriguingly, its interesting to think of how the mobile phones themselves have changed. The way mobile phones have developed in the past three years has been unprecedented.
In this post I'll attempt a silhouette of this handset super-family snap and try to outline their places in the family. 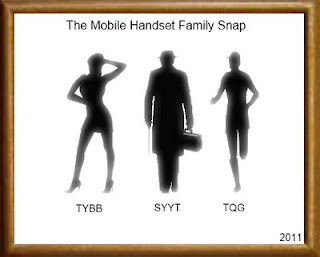