(...Continued from part I)
Around the same time, Qualcomm launched BREW - a rival platform for CDMA phones running on its chip-sets. While J2ME had a mass following due to a high number of Java developers available, BREW had a smaller following.

Many would argue that despite the ease of coding and huge developer network, BREW had an edge over Java for the reason that it was built as a product with a monetization mechanism built it, while the engineers at Sun Microsystems were more intent on building a 'standards platform'. That apart from the fact that BREW code works closest to the machine and hence has potentially better performance.

However, considering its reach, J2ME (now known as JavaME) which is available on almost all GSM phones and a few CDMA phones is unrivaled.

Siemens too launched its first Java handset the same year- the SL45. For many J2ME enthusiasts, the Siemens SL45 was an introduction of sorts. 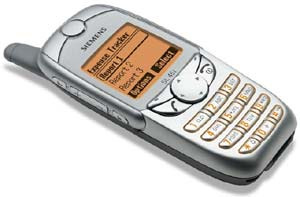 Not to be left behind, Nokia too came out with its classic Java enabled phone. The rugged and handy Nokia 3410 candybar was perhaps the first mass market J2ME MIDP 1.0 device. 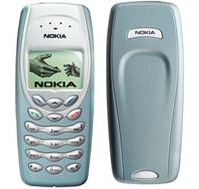 It was not as if there were no other mobile development platforms around, infact there were a handful of them, some very good ones too - alas, not all are as successful as J2ME and BREW.

The most notable among the 'other' platforms was Mophun. Mophun was a revolution of sorts. Initially built for the Sony Ericsson T300 (We called it the soap-box phone ;) ), it was the first arcade level mobile gaming platform with a freely download-able SDK. The T300 was one of the first handsets to have an 100 x 80 color screen, sound effects support and a joystick. It even supported an external camera ;)

Infusio meanwhile developed another Java based platform name ex-en. It featured on a few Sagem, Philips, Toshibas and its likes.

Another notable platform was Do-ja. Again Java based (J2ME based to be more specific) with the exception of having a proprietary Profile originally built for the Japanese telcos.

The year 2002 and beyond witnessed mobile technologies literally leapfrogging. The screens kept getting better, the processor got faster and memory was bigger. The mobile world as we know it can be called the post 2002 era which we will explore in the next article.
(To be continued ...)
Posted by Anupam at 6:00 PM