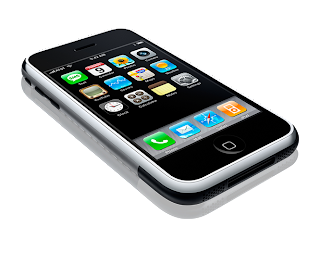 Most people I know are either stuck with 'I am speechless over iPhone' phenomenon or an overdose of iPhone on the iNet symptom.

Anyways, here's my take: (for those who've had enough already, do keep an Aspirin handy)

The good things- iPhone = iPod+video+camera+phone. - An important event in the Wireless World History. ("Chapter 2007 - The iPhone. 'While many folks were doing many interesting things in the Wireless World, along came the iPhone and....' the rest as they say, is history) - A great PR job. - A neat design job. - The usual Steve Jobs. - Simplified, glorified and intuitified the user interface. All the technologies existed earlier, they were all just given a dose of the Apple treatment. - It IS different.

The not so good things- Completely Cingular Centric. - If the data services till now were 'walled gardens', this is the great wall of China. I don't think any content provider would be allowed even a peek into the iPhone ecosystem! - No games, no apps no anything except what is already in it. - Talk-time (nope, the big bright beautiful display does not run on drool) - Its a longish Cingular-Apple honeymoon (2 years long I hear!). - It looks too fragile to be regular cellphone replacement (I can't even recall the number of times I have dropped my phone, picked it up and continued) - The price tag. - Accessibility. I wonder how a visually impaired person might use it. I don't know if it is mandatory, but I see a little tactile mark on the '5' button on most handsets which I am sure is put there to help those who cannot see, to feel and use the keys. Are there any laws governing accessibility?